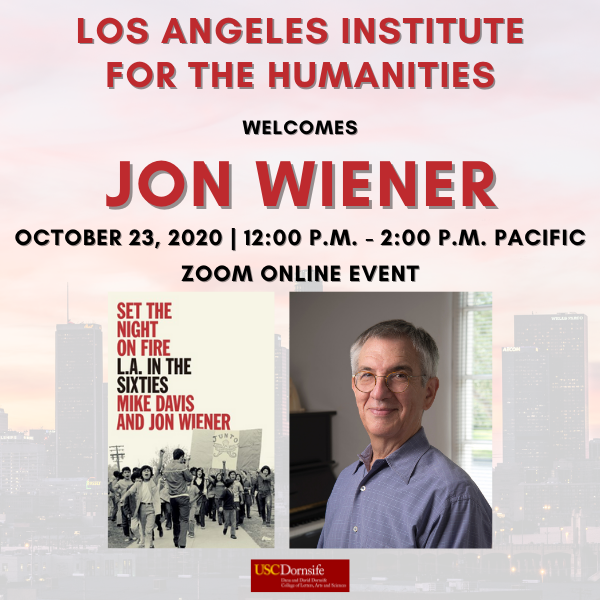 L.A. in the Sixties: L.A. Institute for the Humanities Talk

Jon Wiener discusses Set the Night on Fire: L.A. in the Sixties in an online event via Zoom with the Los Angeles Institute for the Humanities.

Histories of the sixties in the United States invariably overlook Southern California, but Los Angeles was the epicenter of that decade’s political and social earthquake. L.A. was a launchpad for Black Power—where Malcolm X and Angela Davis first came to prominence and the Watts uprising shook the nation. The city was home to the Chicano Blowouts and Chicano Moratorium, as well as being the birthplace of “Asian American” as a political identity, a locus of the antiwar movement, gay liberation movement, and women’s movement, and, of course, the capital of California counterculture.