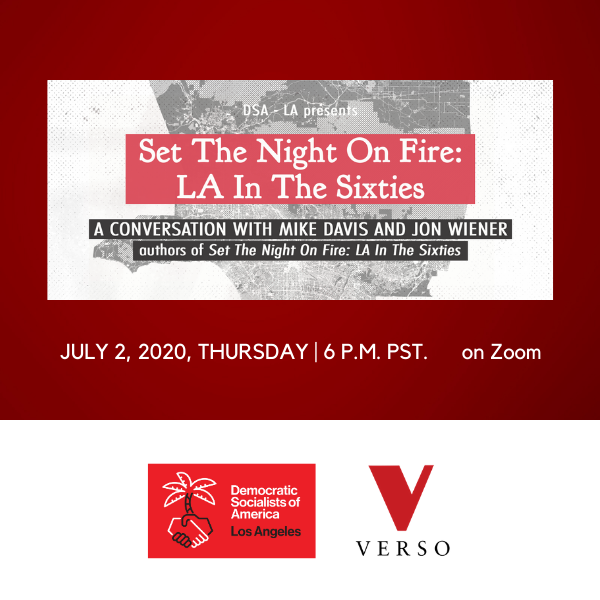 Mike Davis and Jon Wiener, authors of Set The Night On Fire: Los Angeles In The Sixties, are kicking off the DSA-LA Political Education Committee’s Night School Series: Lost Angles with a discussion about the working-class radicals who fought the Los Angeles Police Department and the city economic and political elite in the 1960s. This event is the first in the DSA-LA Political Education Committee’s upcoming Night School Series Lost Angles: Piecing Together a Radical LA.